The Placemaking Week Europe in Valencia international participants had plenty of opportunities to exchange. In the workshop “The future of heritage” we had the great opportunity to hear about succesfull placemaking stories in Italy, Czech and Malaysia. The workshop was moderated by Bahanur Nasya (Eutropian) and Sienna Velders (Stipo). Rozálie Kašparová from the Prague Institute of Planning and Development shared their experience in the participative process in Prague’s Charles Square. Federico Camerin from the European Joint Doctorate UrbanHist shared their research results on the military barrack in Belluno. Jia Ping Lee explained the differences between European and Asian practices in the heritage preservation and gave an overview of achievements with Think City. 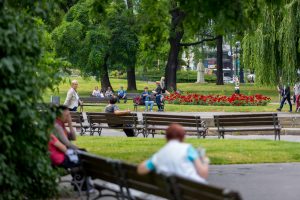 Rozálie Kašparová introduced us to the participatory process in Prague’s public garden. Charles Square is a public space of city-wide importance with a large park from late 19th century, which is a listed object. It is a very busy space in the center of Prague and needed a complete reconstruction, while complying with the heritage regulations for the site. Therefore, the Prague Municipality has decided to announce special procedure called competitive dialogue, which is suitable for very complex and difficult areas. The competitive dialogue allows to develop the project together with all stakeholders. The international call for Charles Square resulted in many applications from all over the continent. In the first stage five European teams, the winners of competition’s first round, were working on their proposals simultaneously for nearly a year. The interim results of the process were exhibited on site and shared with the public. The winners were German landscape studio Rehwaldt Landschaftsarchitekten in partnership with the Czech architectural firm BY Architects and Czech transportation engineers PD Filip.

The end of the Cold War, as well as the rationalisation and modernisation of the armed forces had big impact on the land use in Europe. Former military areas and buildings are gradually returning to local communities, as they are no longer useful for the institutional purposes of defense. Since the 1990s, several factors have been slowing down the process of reconverting military sites, although in some cases there is a glimmer of hope. Some of the projects realised are bottom-up urban regeneration initiatives, such as the Belluno Municipality’s project for the reuse of the former Piave barracks. In fact, since 2013, an urban strategy has been developed to find a possible alternative to the re-use of the former military complex, a kind of “work in progress” to implement an urban policy with social and economic implications for the city.

Federico Camerin explained the participatory process and progress made in Belluno. The small town was in need for more space and in the former military barracks citizens founded a space for arts and could implement a house of commons.
See Federico Camerin’s  presentation online. You can participate in the facebook community or contact Federico directly for more information. 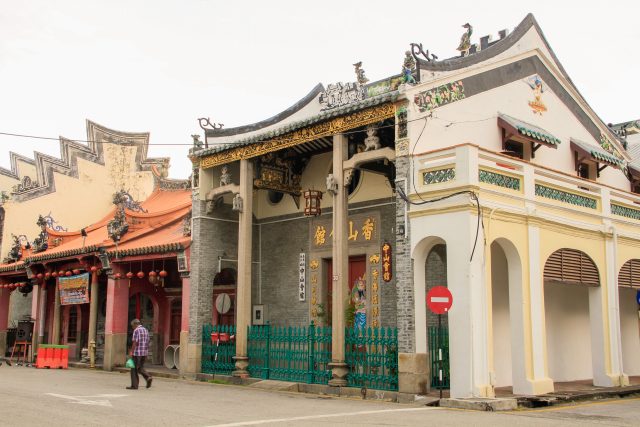 This project looks at two cities and the value that heritage brings to a city. The heritage sites are located in the George Town cities, in the state of Penang and Kuala Lumpur. Both capital cities faced similar challenges, when Think City – a social organisation to increase the wellbeing of communities by creating more sustainable and liveable cities – was set up in the city to look at the value that heritage brings to a city.  Both cities were in the process of hollowing out and their heritage assets were run down and dilapidated. The UNESCO World Heritage award has given George Town the impetus to turn the city around through strict conservation and preservation guidelines; Think City offered incentives to building owners via a grants programme. The city is now thriving and is preparing to develop masterplans to conserve the North seafront.

As Jia-Ping Lee explained, Think City was established in 2009 to spearhead community-based urban regeneration in George Town; its impact and successes allowed Think City to expand its mandate into Butterworth, Kuala Lumpur, and Johor Bahru. Think City works with local governments and the corporate sector to implement projects that will improve the city’s liveability and add public amenities. The same methodology has evolved in Kuala Lumpur to a large masterplan approach, with the aim to create a creative and cultural district.

Who profits from #heritage?

These three examples of activation of heritage sites are very valuable for the Open Heritage project partners and will feed in the discussions at the Informed Cities Forum in October 2019. The event will bring together urban activists, social entrepreneurs, local and European policy makers, researchers, investors and funders to exchange and learn from one another.