Building the city with BIP/ZIP

a discussion with Paula Marques

at the 7th Informed Cities Forum
in and around the Praga district of Warsaw on October 15th and 16th , 2019
more information

A variety of new legal and financial models have been developed to enhance community-led urban processes in recent years. These models allow  non-speculative forms of development, where profit is created in the form of affordable spaces, social services and cultural venues. Many of these new civic spaces make use of already existing buildings or complexes – often heritage sites. 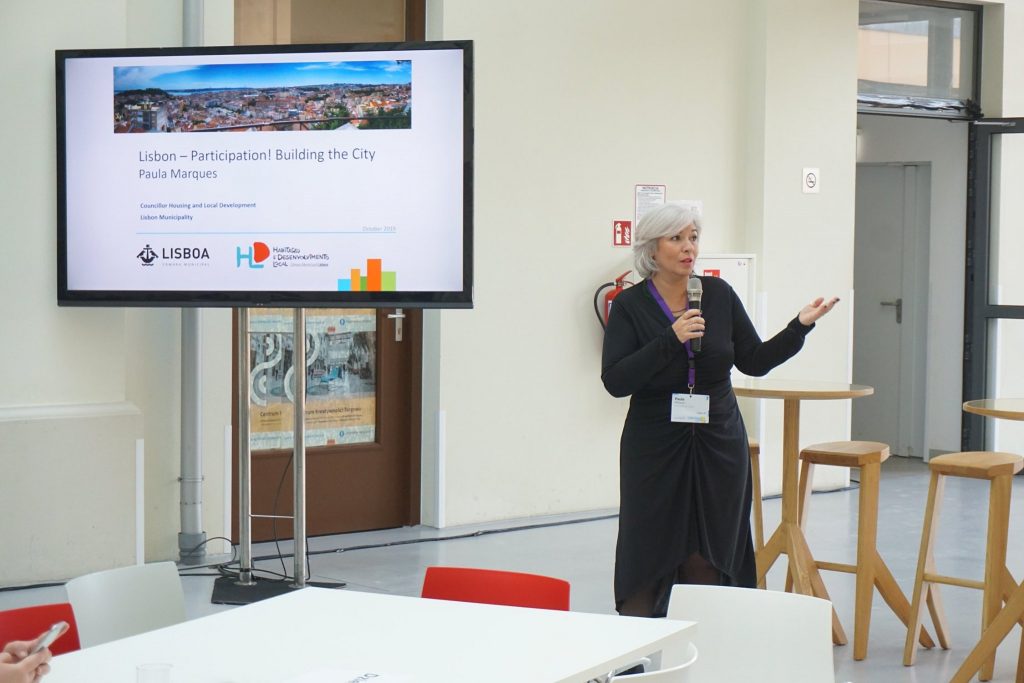 Citizens referring to their councilors on a first-name basis as opposed to formal titles is often an indication of mutual trust, which leads to fruitful collaborations between citizens and administrations.  Lisbon’s Councillor for Housing and Urban Development, Paula Marques is no stranger to such familiarity with citizens. Via Lisbon’s BIP/ZIP program, she’s played a crucial role in helping fund local initiatives and involve them in the urban development of disadvantaged districts in the city. The program has been  running successfully for almost a decade now, spearheading major improvements despite the fact that such programs are often affected or even endangered by political changes. Paula Marques understands the role of each political or administrative body and views them as promoters of projects that combat extremism, unites citizens and  empowers them to shape their future lives. She views such an undertaking as a collective task we all need to invest into, and believes such efforts can also play a major role in bringing together administrations around the world.

Panelists taking part in the informative round-table event promoted a discussion on the potentials and limitations of community-led urban development in various contexts across Europe. Stefania de Masi from Cascina Roccafranca (IT) highlighted the importance of mixed funding for heritage-activating-projects. She explained how volunteers fulfill very important tasks on site, but such projects need qualified staff to be effective and impactful, which adds to the running costs of the heritage building. She stated that in order to be able to create new solutions or address social challenges, public funds act as facilitators and play a key role in the project’s success. 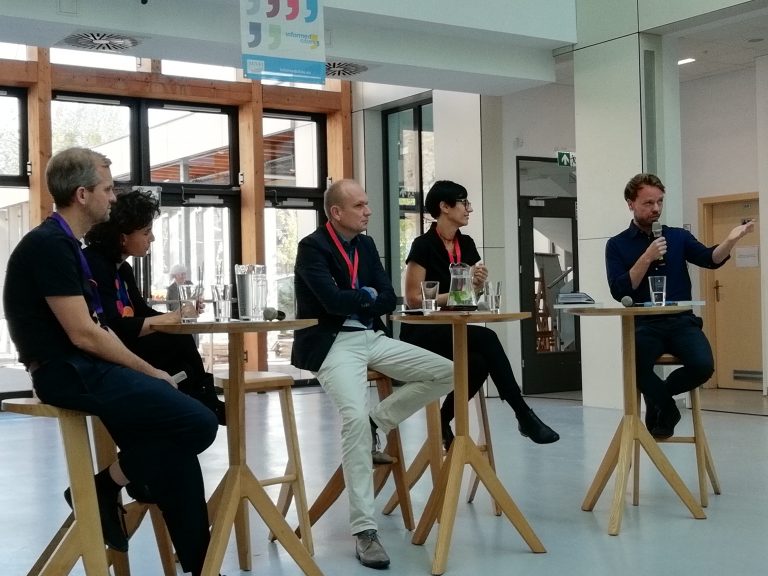 Inclusive methods of heritage-re-use differ from country to country. Matthias Einhoff from ZKU (DE) stated that in his experience,  having long-term contracts enable users to invest emotionally and monetarily on long-term conditions. He added that economical potentials such as long-term collaborations also allow the growth of a location into a hub, which can be attained not only as a result of the elaboration of local practices, activation of the site, and involvement of people from all walks of life, but also by adapting to changes taking place in the market.

Director of Kultura Nova (HR), Dea Vidovic, stated that she sees public funding as a being fundamental for cultural activities. She added that she views it a basic task of public bodies and governments to allow diverse creators to contribute to the society.

Commercial activities could also additionally empower institutions. Joep de Roe from Eurodite (NL) suggested viewing the issue of funding as being a “business model” that enables the actors to open up for different sources. 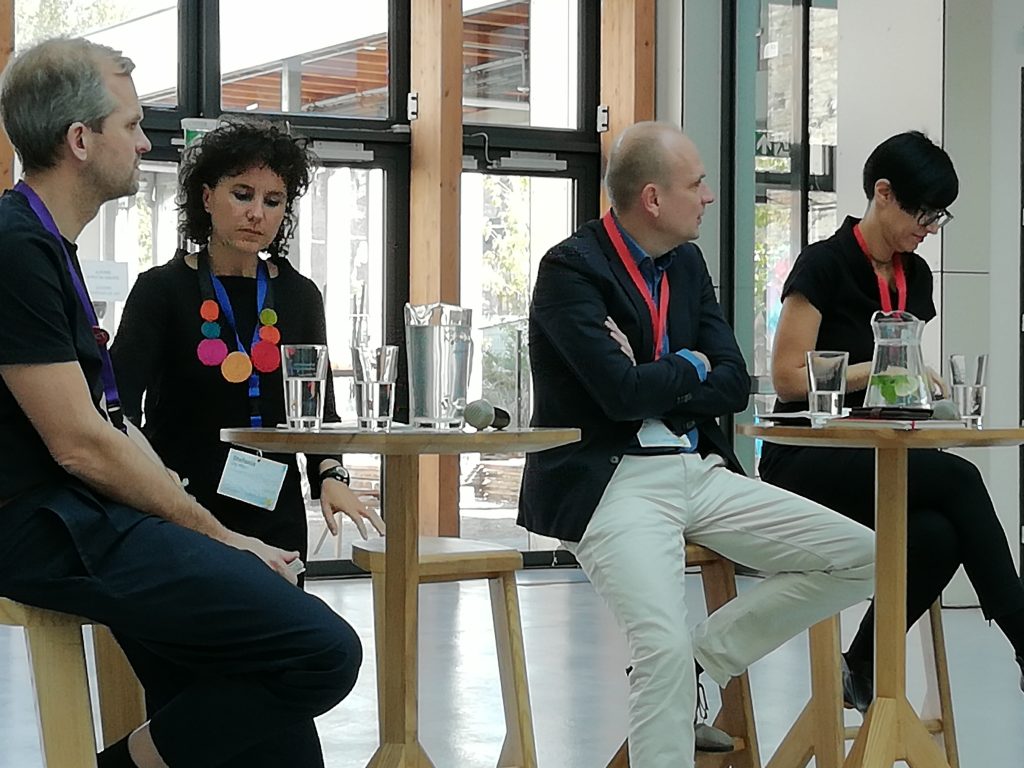 Explore the developing districts of Warsaw 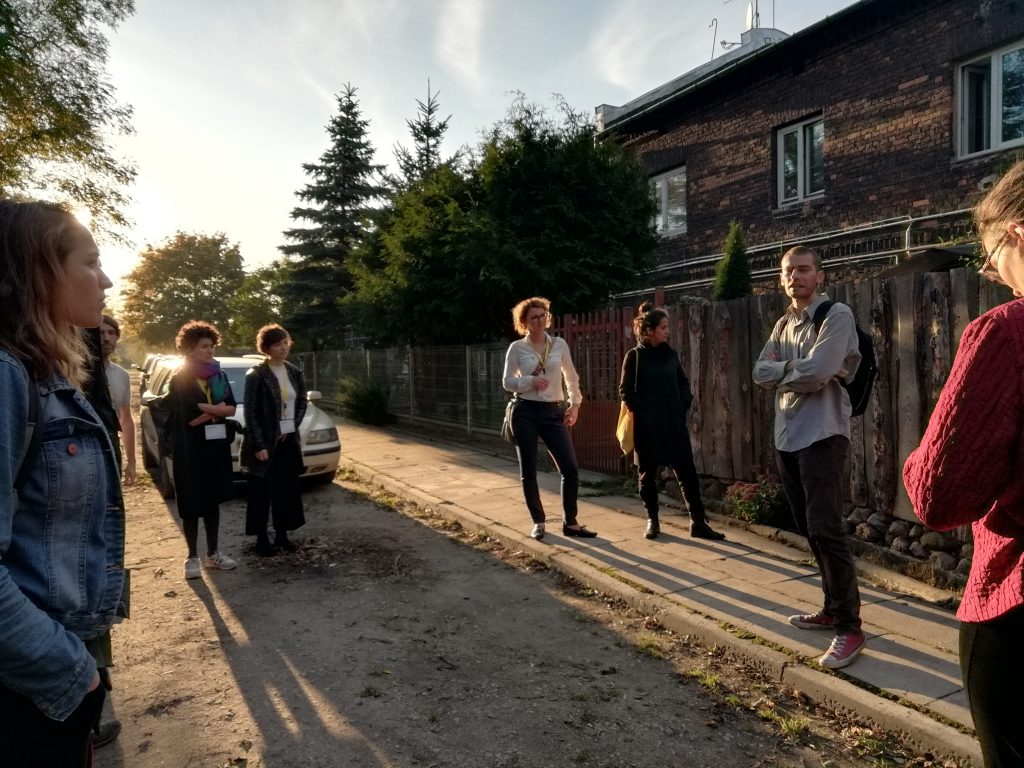 Local initiatives took  conference participants on a tour of different heritage sites in Warsaw. One of these sites was the Targowek Fabryczny, old industrial district with lots of vacancies. The district wants to attract new residents while keeping the industrial history in tact, and use heritage buildings. For old residents, recent developments such as the establishment of cultural institutions for all, is a dream come true.

How is your city changing with Open Heritage?

Activating heritages sites is an open journey, one which could lead to success or troubles. From Super-complexes to dangerous industrial sties, heritage has manifold facets. Katarzyna Sadowy shared their experience in Warsaw. The discussion continued with insight from the Open Heritage Labs. The Open Heritage partners shared the challenges and achievements of 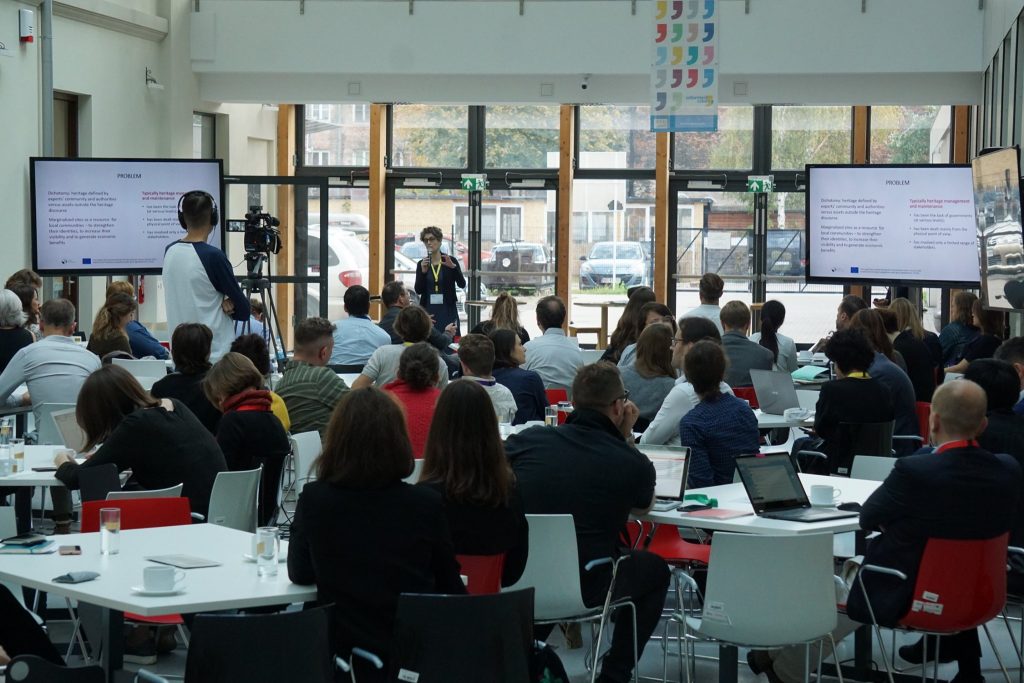 The conference taking place in the district of #Praga in #Warsaw was quite fruitful and beneficial. The question of “Who profits from #heritage?” received a wide variety of answers from various countries and actors. A tremendous thank you is in order to all participants from OpenHeritage.eu, Actors of Urban Change, Platoniq, Eurodite,  Центр міської історії, LabGov – LABoratory for the GOVernance of the city as a commons, Cultural Heritage Studies Program at CEU, Câmara Municipal de Lisboa, Oddział Warszawski SARP. We feel enriched as a result of their contributions! 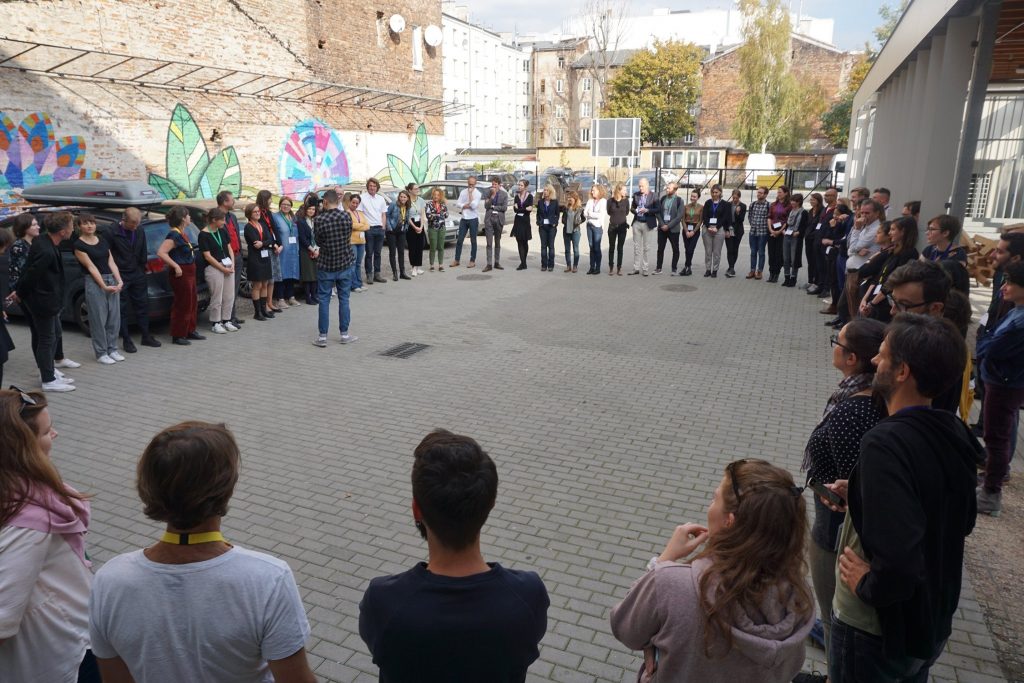 get our monthly news

Read more about the OpenHeritage project and get involved.