Koprivnica is a city in Northern Croatia, located 70 kilometers northeast of Zagreb. It is the capital and the largest city of the Koprivnica-Križevci county. In 2011, the city’s administrative area of 90.94 km² had a total population of 30,854, with 23,955 in the city proper.

Koprivnica has a number of landmark buildings, including the church of Saint Nicholas, the Podravka headquarters (a food manufacturer famous for it’s Vegeta Spice), and the Koprivnica Synagogue. 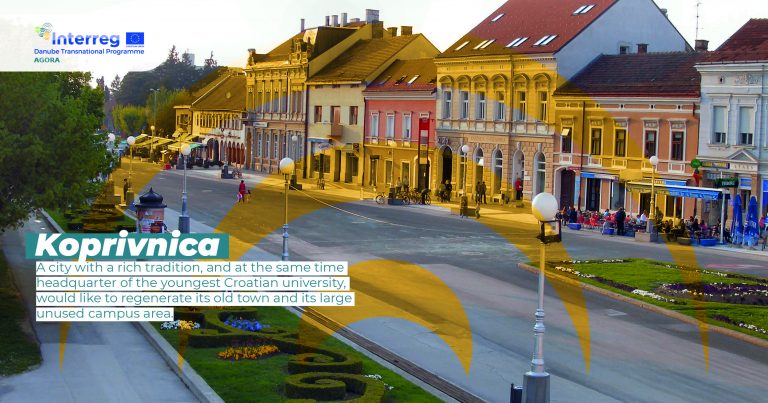 Svilarska is a historical street in centre of City of Koprivnica. It’s somewhat in a shadow of city main square and is mostly used for parking or as a shortcut to other city streets.

The street is mostly populated with residents and SMEs that have their yards looking at Svilarska while their shop windows are oriented toward main city square. Years and years of status quo where little to nothing was done to revitalize it led to todays state

There is only one way to get to Svilarska street by car(it’s a dead end street). Pedestrians andcyclists can get to the street thorugh beforementioned entry as well as thorugh two other entry points and it’s accessible through SMEs yards and these are often used although in that case you’re walking through private property. As said before, Svilarskais dominantly a transit zone for pedestrians and cyclists with nothing worth stopping for.

Svilarska can be said to have a strategic position given that it’s situated at a height. What’s more, it’s kind of hidden and out of sight: a true gem to be discovered. The relatively quiet street possesses some local points of interest such as the synagogue or public music school. These are some of the potentials AGORA will try to solve. How to get people to come and stay in Svilarska rather than just walk through it. Main thing is to put synagogue “back on the map” by culturally valorising it since it’s an unused focal point of the whole street. By doing this, rest of the street would likely blossom, both economically and socially.

Join us and take a walk on Svilarska street with the AGORA team and local stake holders.

bird's-eye view from above:

Have a look at the area from above: Our drone flies over the area in and around  Svilarska Street, relaying the neighborhood and providing us with an overview perspective of the area.

Goals of this AGORA case

We’ve taken steps to guide out our stakeholders, through workshops and consultancies, to ensure they obtain a full understanding of the initiative and how they can contribute towards it’s success fully.

The interaction led to some stakeholders becoming active and taking an interest in co-designing a flagship project to be held this year. The flagship project will attempt to  showcase the plans the AGORA community has forSvilarska street; during which the input of the wider local community will be sought after.

The AGORA platform will also be reveailed and presented to local residents, with the hope that people will embrace it and utilize it in the construction of the upcomin steps and future urban projects taking place in Koprivnica.

"New public spaces are vivid living rooms of each community"

In this interview, we discuss one of the main achievements to come out of the workshops: the creation of a working group (body) that will be involved in future projects in cooperation with the city,  and the impact this will have an the development of unused and underused parts of the city.

The strategy of the project

The vision and strategy will be determined as part of a bottom-up approach, with the flagship event serving as the focal guiding point in determining the needs of the locals and creating an exchange of ideas, potentials and possibilities. 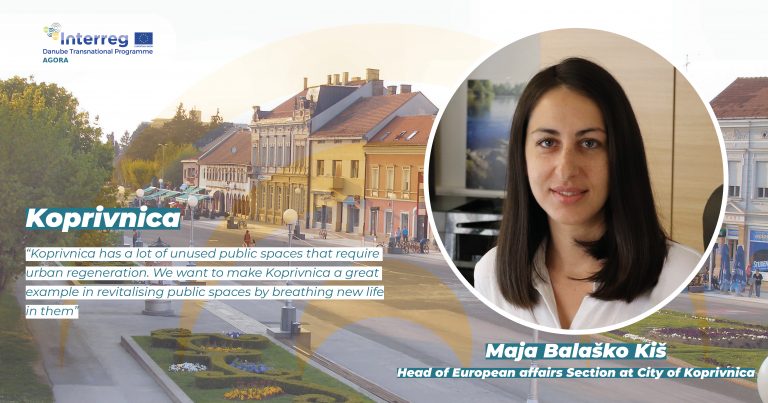 Promotion and dissemination of information

One of the biggest challenges facing the project is organization of the flagship event, which will serve as a springing board towards a healthy and vibrant exchange of ideas and possibilities. It will also help bring all stakeholders together and establish partnerships that will ensure the success of transformation projects.

In this regard, promotion and a successful promotional strategy (ie: getting the word out, incorporating local knowledge, ensuring involvement and participation) will be key.

Coworking in a sense that not many projects in the city (if any) have been done in such a way that stakeholders had their meetings where they discussed future of Svilarska street. They worked together and are still working and we are all hoping that the results will be to the pride of local community.Participation.

All of the events were public. People knew that these meetings are taking place and anyone was welcome to come. We are still having new people calling us to see if they can join two years into the project. Some new institutions came on our second or third meetings because they ignored the first one for example, but heard good things about it and decided to come. The fact that our group and AGORA practices are obviously talked about between people is a win in our eyes.

Public music school is located in the middle of the Svilarska street. Parents drive their kids there every day and those families are one of our focal points since they spend some time in the street. Activities for kids and leisure possibilities for their parents are something that can be installed in future vision of Svilarska street.

The Local board (on neighborhood level)

This is a representative body of the neighbourhood in which Svilarska street lays. These people live there and more or less know what the everyday routine of the street is and can offer us a valuable input on what to do or not to do since we try to enrich their lives

City council and its departments

In this video, we discuss one of the main impacts of the project on the community and how this will help transform local policies.

City of Koprivnica and its departments give us a support throughout the project and to be fair nothing we are doing wouldn’t be possible without them. Whatever goes, their word is last and our goals are more likely to be reached if we have them as our partner throughout the journey.

Komunalac is a public firm that is most likely to be the one to do the planned works in Svilarska street. Same goes for them as for the city council. It’s better to have them onboard throughout the journey than to serve them the finished product because their experience in public works is of considerable value.