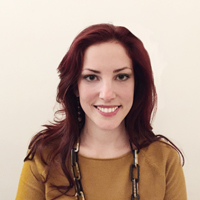 Daniela Patti is a co-founder of Eutropian. She is an Italian-British architect and urban planner, has studied in Rome, London, Porto and holds a Ph.D. in urbanism from the Technical University of  Vienna. Her recent research and projects’ interest has been on the governance of peri-urban landscape, the revitalisation of local food markets, economic models for community-based urban development and strategies to tackle urban poverty. She regularly works with the URBACT, Urban innovative Actions, the International Urban Cooperation and Urban Agenda on Urban Poverty  programs. She worked for the Rome Municipality in 2014-15, since 2012 she is board member of the Wonderland Platform for European Architecture and was a researcher at the Central European Institute of Technology in 2010-14.

Levente Polyák is a co-founder of Eutropian. He is urban planner, researcher and policy adviser. He studied architecture, urbanism, sociology and art theory in Budapest and Paris, and worked on urban regeneration projects for the New York, Paris, Rome, Vienna, Budapest and Pécs municipalities. Founding member of the Hungarian Contemporary Architecture Centre, board member of the Wonderland Platform for European Architecture. Specialized on urban regeneration, cultural development, community participation, local economic development and social innovation, with a special focus on building development scenarios on existing resources. In the past years, he has been researching new organizational and economic models of community-led urban development projects, including the temporary use of vacant properties and community-run social services. Based on this research, he has been helping public administrations as well as professional and community organisations of various sizes and geographic locations across Europe. He participated at the URBACT pilot project “Temporary Use as a Tool for Urban Regeneration“. 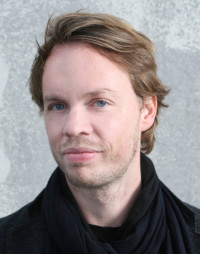 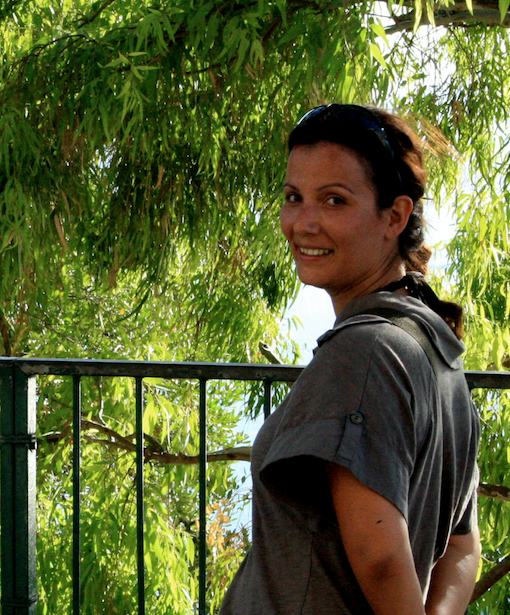 Bahanur Nasya is an architect, researcher and film producer. She has studied in Vienna and Barcelona where she has specialised in sustainable architecture and future proof development concepts. Currently she is involved in a research project focusing on coastal development along the Mediterranean, paying special attention to the relationship between environmental and social impacts. She has produced films, documentaries and fiction movies, amongst which “The Sea in Me” and “Borders“. She is co-author of “Represent & Reflect” as part of the Wonderland series and has contributed to the publication “Manual for Emerging Architects”. She is the cofounder and the Chairwoman of the Association “xsentrikarts” and is the Head of Organisations at Wonderland – platform for European architecture. 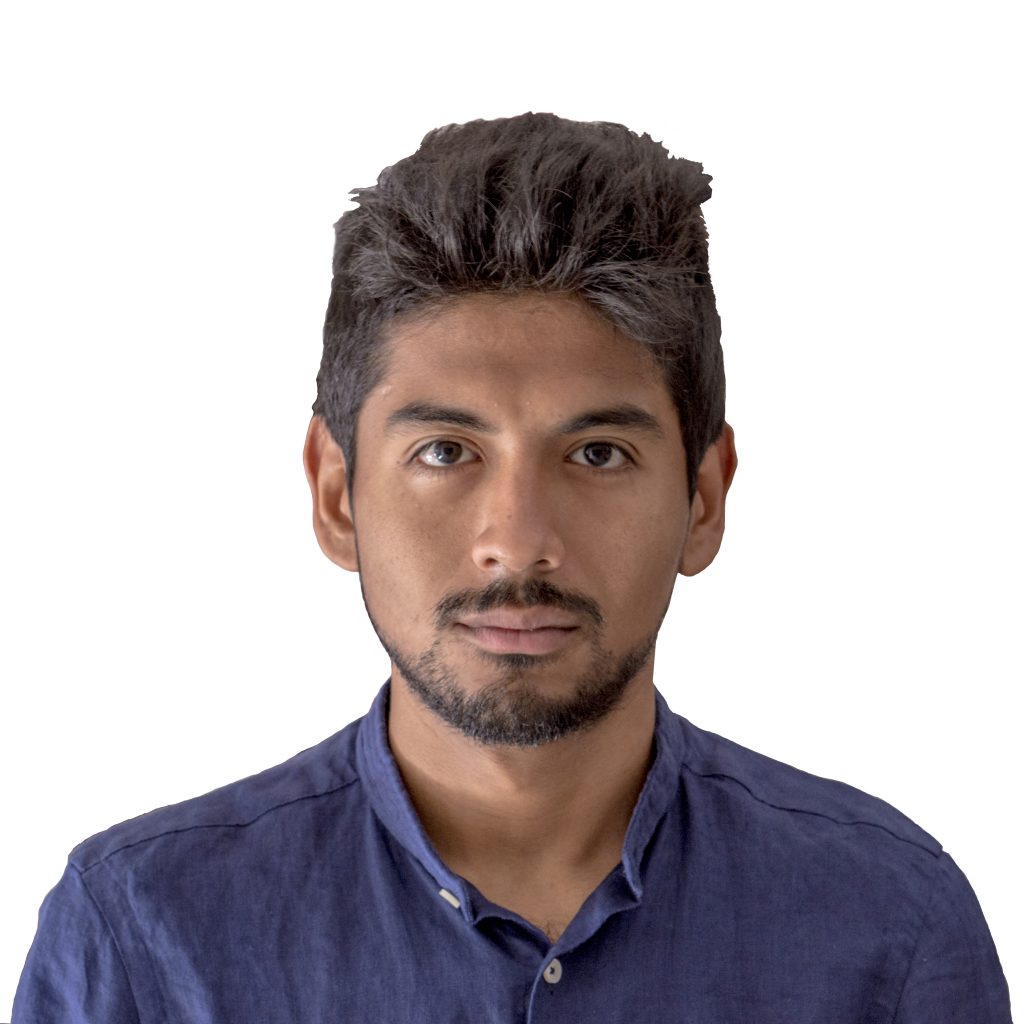 Jorge Mosquera is an Italian-Ecuadorian architect from Genoa. He completed his master on architecture and urban planning between Genoa and Lisbon where he also started his career with a collaboration with Ateliermob. His master thesis project studied a way to reuse a big number of confiscated assets in his hometown, the biggest confiscation in northern Italy. Since then he is involved in social projects to promote the culture of legality and advocate for social reuse of neglected spaces in the old town of Genoa coordinating street art workshops for Cantiere per la Legalita Responsabile.

Stefano Patti is a professional actor that studied at the ACT Multimedia of Cinecittà and the AIAD of the Quirino Theatre. He ha recently worked as protagonist at the Globe Theatre of Rome and the Stabile dell’Umbria.  Parallely to his acting career he pursues his passion towards communication and graphic design, for which he has curated various campaigns in theatre and arts. Since 2015 he collaborates with Eutropian as graphic designer and communication advisor. 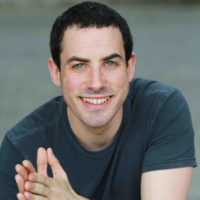 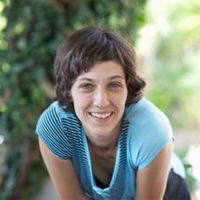 Julia Baudier is a web designer and video artist. She studied Visual Communications and Experimental Mediadesign in Berlin and Budapest and has received a diploma in web design in Vienna. She has worked in various fields of Media design, Exhibition design, Film visuals and editing. Since 2010 she has mainly focused on web design, working as an employee and freelancer mainly in the artistic and cultural environment.

Yilmaz Vurucu is a Canadian film maker based in Vienna with an extensive experience in television and documentaries, with a particular focus on sustainable urban development, “The Sea in Me”,  and social inclusion, as in the case of “Borders”, He has an international background with knowledge of various languages (English and Turkish mother tongue and German). 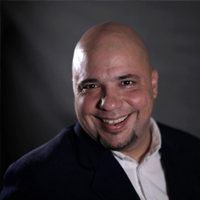 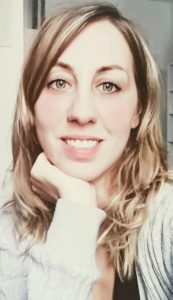 Manuela Ausilio is Research Consultant and Teacher in Philosophy for Children/Community. She has collaborated with public and private institutions, and cultural associations, for scientific planning and bibliographic research, exploring political, pedagogical and philosophical issues related to the formation of stereotypes, common sense, ideology. After graduating in Practical Philosophy in 2013 at La Sapienza University (Rome), she specialized as Teacher in Community Philosophical Practice (or Philosophy for Children/Community) at the Research Center on Philosophical Inquiry. She contributed to the dissemination of the curriculum and its materials, especially the philosophical research community model through workshops, in schools and neighborhoods, Cafè Philo, seminars and cultural events, in partnership with public and private institutions. She is actually also Research Consultant at the Gramsci Foundation  in Rome.

Greta Rauleac is an Italian-Romanian researcher and documentary producer. She completed a Master’s degree in Sociology and Social Anthropology at Central European University where she specialised in global and urban studies, and a joint degree bachelor program in Communications between John Cabot University in Rome and Università degli studi di Milano. Through her projects, she is interested in exploring innovative forms collaborative research and focuses on social marginalisation and resistance practices in the urban. A founding member of Wild Pear Arts, an organisation which aims to bridge the arts with academia, she has produced several short documentaries that reflect on the role of the community and folklore in Post-socialist Serbia. 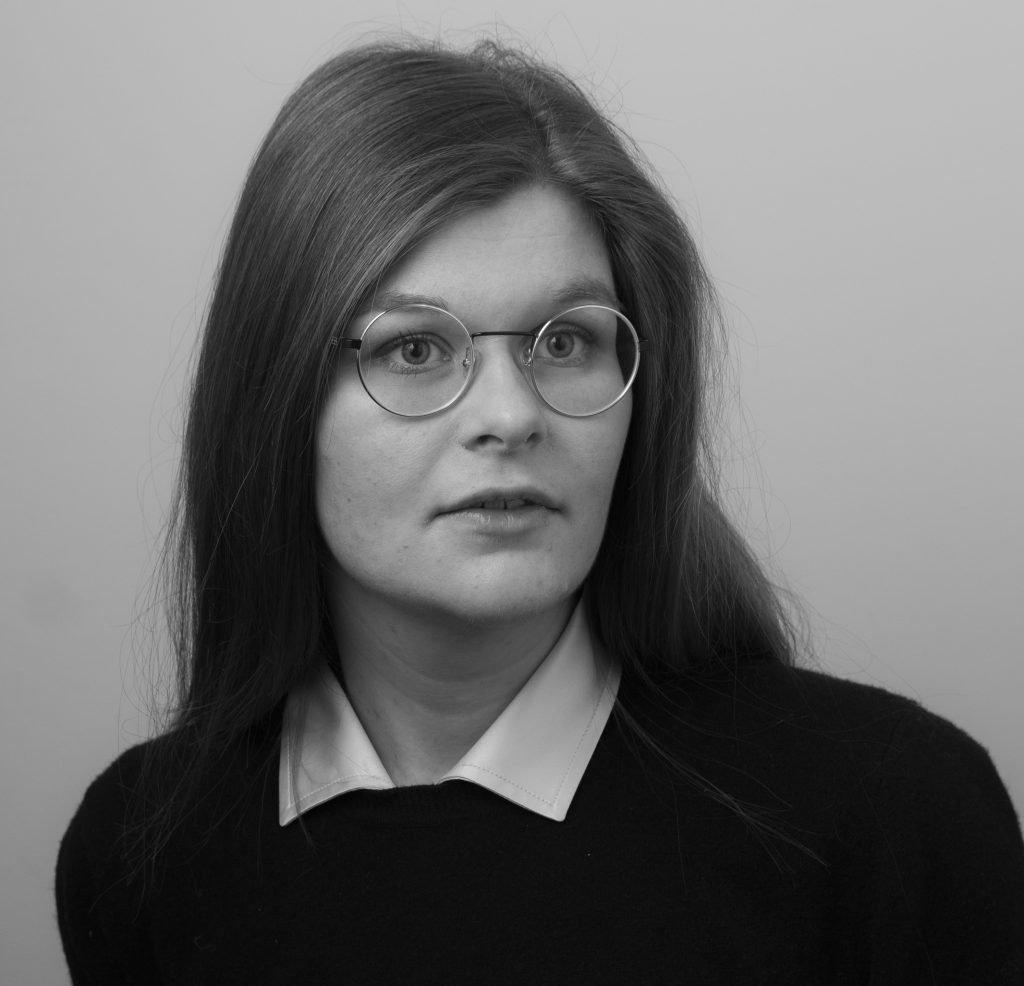 Saveria Addotta is a Philosophical Consultant of Phronesis Association and co-director of the homonymous journal. She is also a Teacher Educator in Philosophy for Children/Community. She has carried out editorial activities, research and consultancy on social sciences at private institutions. Graduated in Philosophy at Sapienza University of Rome, she holds a Master’s degree in Psicology of Community.  She has carried out various educational and training projects using different methods of Psicology of Community (reading of the profiles of the territory; socio-affective education; multidimensional organizational analysis, etc.) and of the Community philosophical practice. She organized and facilitated public seminars and cafè-philo aimed at active citizenship, also in collaboration with various non-profit organizations. She is a member of Board of Directors and Coordinator of the Roman Section of the Center on Philosophical Inquiry. Volunteer on human rights, she founded the 140 group of Amnesty International Italia. 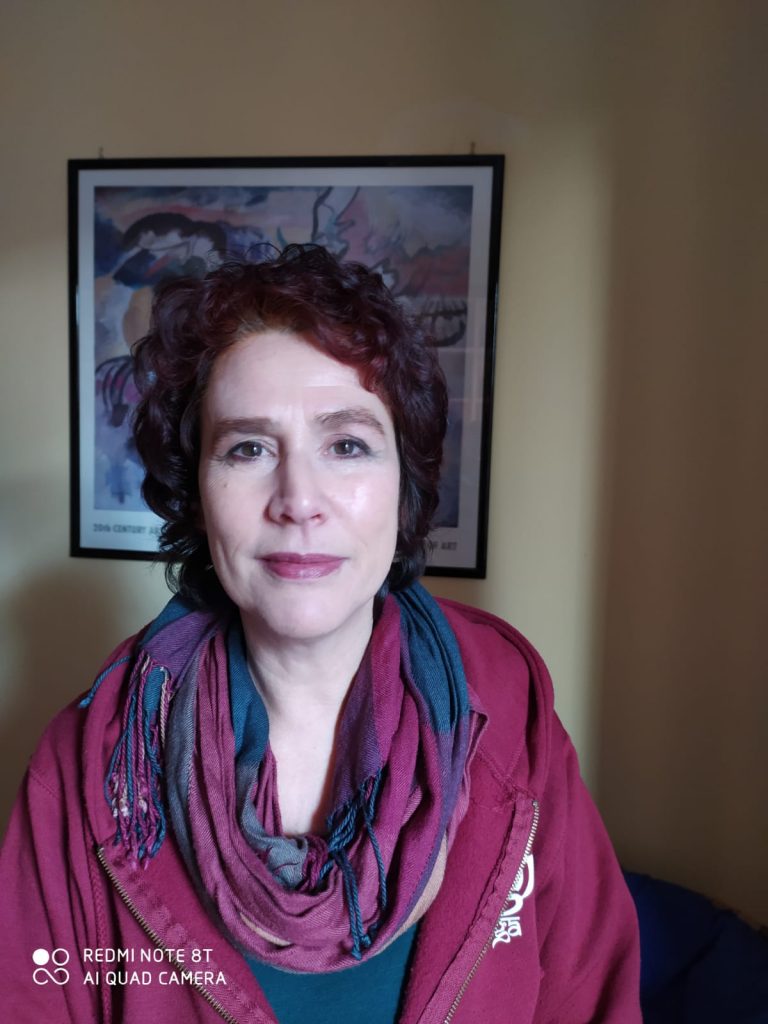 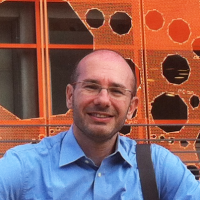 Mauro Baioni has a degree in urban planning (Pianificazione territoriale e urbanistica) at the IUAV – Faculty of planning of Venice and PhD in Urban policies, at the University of Roma Tre. From 2013 to 2015, staff member of the councillor of urban regeneration of Roma Capitale. Consultant and member of city planning offices in small towns in Italy. Planner of regional and urban development plans. Partner of Edoardo Salzano in Eddyburg, one of the most well-known Italian websites concerning urban planning, society and political issues. Since 2005, director of the Summer school of Eddyburg. Editor and author of books and essays in urban planning.

Have previously collaborated with Eutropian 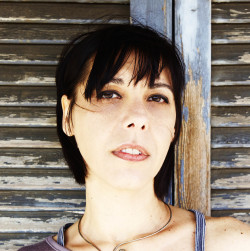 Emanuela Liverani  has a degree in Cinema History and Critique, she has worked for reVisioncinema, 2001-2006), she wrote about music in cinema and between 2002 and 2004 she has been part of the organisation committee of the Festival Internazionale del Cortometraggio of Siena. Between 2011 and 2014 she has taught Cinema at the Cine Teatro of Rome. In 2013 she directs the short movie Sopra Elevata and at the same time she has written and directed Safari Live – work in progress. Together with Federico Greco she realised the videos New Life for Markets and Funding the Cooperative City Rome. 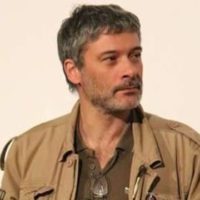 Federico Greco is a director-writer-editor, he wrote and directed feature films, shorts, documentaries and TV shows (SKY, RAI). In 1999 he co-wrote, co-directed and co-produced Stanley and Us, a documentary about Stanley Kubrick (RAI, RAITRADE). He made his narrative feature debut in 2005 with Road To L. (Minerva Pictures, Rarovideo, Paramount, 01 Distribution). After screening at numerous top international festivals, the film won the 2005 Fantafestival, picking up the European Silver Mèliés Award. After several award winning short films (Liver, Nuit Americhèn, Angelika) and documentaries (Voci migranti, Fuori fuoco, Piero della Francesca and the Polyptych of Mercy) he co-directs his second feature film, E.N.D. – The Movie (2015). His upcoming project is a feature documentary, PIIGS, about Eurozone and austerity. He wrote as a journalist and film critic and was a film festival director. He teaches film direction and screenwriting at a number of film schools (Cineteatro Roma, Accademia Belle Arti Perugia…). 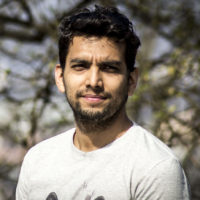 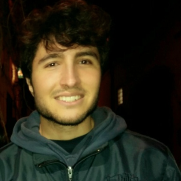 Andrea Messina holds a Bachelor’s Degree in Political Science for Cooperation and Development from Università degli Studi Roma Tre. Being passionate about environmental issues, he decided to get specialized in that field, so he enrolled in a Master’s Degree in Environmental and Development Economics (Sustainable Enterprise) at Università degli Studi Roma Tre. During this time, he became interested in urban planning projects aimed to implement the livability of the community while also preserving the Environment. He wrote a final thesis titled “The restoration of the Valle Theatre: Cost – Benefit Analysis”. Before collaborating with Eutropian, he was an intern in the roman offices of Solarig, a solar energy company. 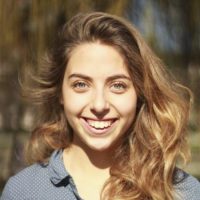 Cosima Malandrino has recently obtained her Bachelor’s degree in Political Science from the Euro-American studies program of SciencesPo Paris. As part of her program, Cosima attended the University of Texas at Austin for a year and specialized in Anthropology and Urban Studies. She is now enrolled in SciencesPo Paris Urban School’s Master’s degree “Governing the Large Metropolis”. In Austin, Texas, Cosima researched the issue of gentrification and its effects on queer communities of color. She has also studied contemporary struggles over the definition of “the urban public” and contributed to the drafting of a Participatory Budgeting proposal for the City of Austin 10 Districts.  She also worked for the Workers Defense Project, participating in their grassroots organizing and policy research initiatives to protect the rights of low-wage workers in Texas. 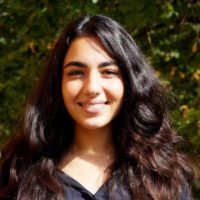 Eleonora Rugiero has recently graduated in Political Science. She has pursued her undergraduate studies in the Mediterranean and Middle Eastern campus of Sciences Po Paris and she will soon attend the Dual Master program in Urban Policy between Sciences Po Paris and the London School of Economics, aiming at gaining academic and professional expertise in the field of urbanization and development. During her third year of undergraduate studies she attended the American University of Beirut, where she was first introduced to issues related to the city.  In Beirut she focused on the analysis of the process of privatization of public spaces in Beirut, both relying on academic works as well as field-trips on the ground. Additionally she has examined the question of refugee camps, which is today a rather problematic theme in Lebanon and in other Middle Eastern countries. 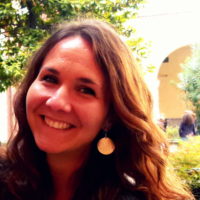 Giulia Sandrini is studying environmental economics at the University of Siena and has previously studied International Economics at the University of Padova. She has done Erasmus in Nice and has had a six months internship as Press Officer at the Confagricoltura. She has attended a Masters course in European project management and a course in bio-economy. She is part of a cultural association that deals with social and urban regeneration in her hometown Brescia.