Kranj  is the third-largest city in Slovenia, with a population of 57,133.

It represents the economic, commercial, transport, sports, educational and cultural center of Gorenjska, the Gorenjska Statistical Region and the seat of the Kranj Municipality and its national administrative unit. It is located approximately 20 kilometres (12 miles) northwest of Ljubljana, that is on the northwestern edge of the Ljubljana basin, or the Kranjsko-Sorško polje, at the carbonate conglomerate confluence of the Sava and Kokra., but it has still preserved the old town center above the confluence of the Kokra and Sava rivers.

Kranj is a post-industrial city, as it experienced a wave of de-industrialisation with many of its factories going bankrupt following independence in 1991, leaving behind several empty fields. Kranj has a strong tradition of the electronics and rubber industry, but in recent years manufacturing sector has become more based around highly-competitive export-oriented industries.

Kranj landmarks include the historical old town centre with underground tunnels from World War II, the canyon of the Kokra river in the immediate vicinity of the old city center, the main town square with the town hall, the St. Cantianus and Companions Parish Church and the Kieselstein Castle, Gorenjska Musem and other landmarks that indicate that Kranj is the home town of the greatest Slovenian poet France Prešeren.

Check out some Kranj Landmarks

The neighbourhood was built according to the building plan from year 1983, it was built on this site out of a desire to divert housing construction to less important land for agricultural production.

The building plan had good urban planning solutions, which provided the appropriate use of space and good quality of living. It was basically intended as an above-standard quiet neighbourhood on the edge of the city in a natural environment, built mainly for young families.

Initially, the neighbourhood was recognized as one of the better locations for living in the city. But through the years and the transition to capitalism, despite a well-planned concept of the neighbourhood, the topic of public, semi-public and private space differentiation became a big issue.

Drulovka from an AGORA perspective

The neighbourhood Drulovka is smaller in size with a lower population density, as it is mostly individual construction. It is located on the right bank of the Sava River, on a lower terrain that is spatially and functionally separated from the city center. The neighbourhood actually lies on the outskirts of the town, and borders the rural hinterland and settlements south of Kranj. More conscious residents of the neighbourhood have been dissatisfied lately, as they perceive and become aware of problems in the area.They feel that the community is not active as it could be and that something needs to be changed. They also eager for specific improvements in their living environment, such as better solution for waste disposal points, safe path with sidewalk, bike path, space for socializing, they also wish for different events in the neighbourhood and more active social life.

Join us and take a walk through the neighborhood! 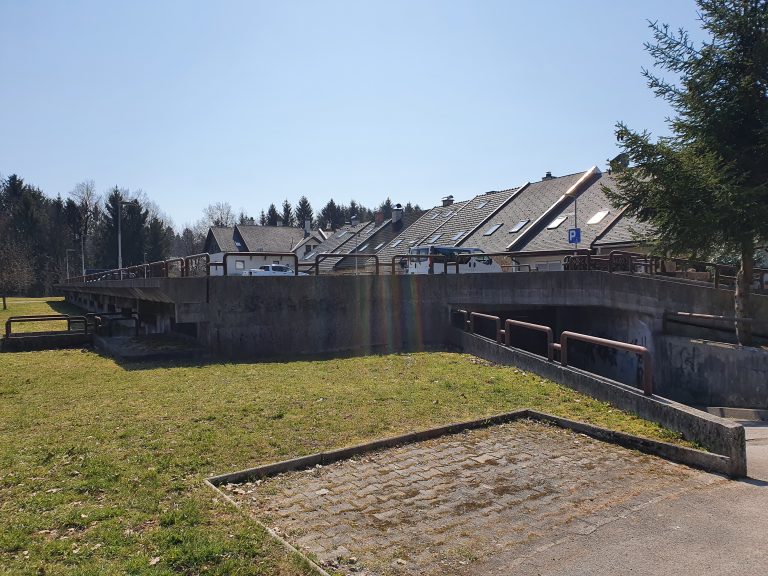 Parking is what largely determines the use of space in the neighbourhood.Parked vehicles limit the traffic flow and intervention capacity of the neighbourhood. Public land is subject to usurpation, with residents appropriating land by arranging gardens, paved parking areas, spending free time, erecting various facilities,etc. Therefore, a part of public land is no longer public, but subject to individual use. The remaining public land is underused in public terms, lacks a program, content that would give the land public meaning, status and is therefore even more subjected to usurpation.Over the years, many residents of the settlement have already changed, new immigrants have arrived. People don’t know each other; the community doesn’t function well.There is no space or facility in the settlement where people would gather and socialize, there are almost no cultural events in the settlement.

The main objective we want to achieve is to identify local needs and to respect them as much as possible, recognizing that the public interest takes precedence over the private. Long-term aim is to prepare concepts of space arrangement that will include proposals, solutions of the population and to correct the concepts with them through the process of participation. The pilot will be used as a testing polygon where the city would test bottom-up and participatory approaches -participation through workshops, joint correction of solutions/proposals for specific arrangements and actual implementation of minor physical corrections through community working actions. In this way we will address physical improvement in space and social interaction for better community. 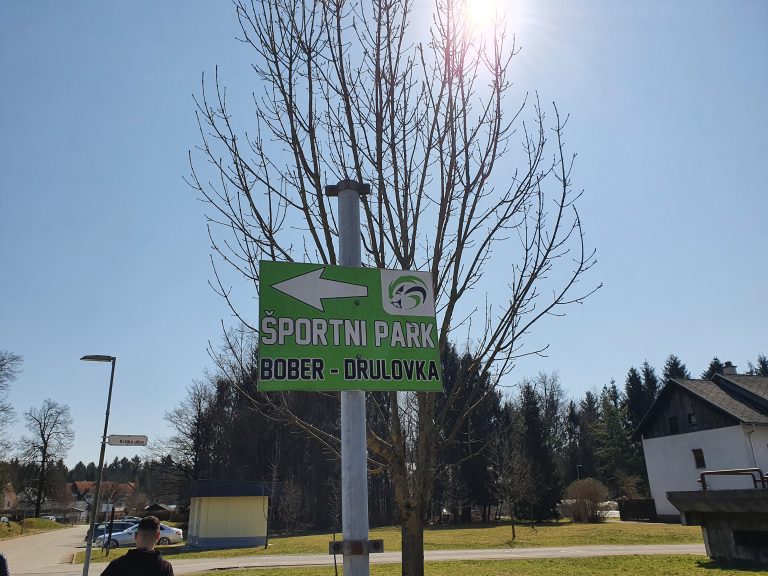 Goals of this AGORA case

Improving the quality of living in neighbourhood by implementing the proposals obtained at the workshop with the residents. The Agora case would primarily like to improve the living environment. By realizing their proposals, by seeing the changes in their environment, the residents would realize that the city administration listened to them and took them into account. This would build better public confidence in the work of the city administration.

Another goal of the project is to improve the process of cooperation and co-creation of neighbourhood renovation. Users of space must be actively involved in all phases of the process: identifying challenges in space, giving suggestions, ideas, solutions, co-creating professional solutions and finally implementing them with concrete actions in space, in the community. This will give people a sense that they are important to the development of their neighbourhood and that they can contribute a lot on their own.

“We will activate people by organizing local workshops and community actions, which will include surveys, prize games and other tools to attract people. We will try to realize at least some of their proposals for improvement, so that change would be noticeable.”

Within the workshop more than 100 suggestions within 4 different themes has been collected. After community action, 2 self-initiatives were proposed by the residents.

President of the local community

The president of the local community has a broad view of the functioning of the community, knows local people and their needs

Street coordinators and individuals with interest;

Street representatives and interested individuals are crucial because they represent the public or residents in their vicinity.

Members of AGORA team know the project and its purpose, and can help guide the process towards a successful solution.