Prague is the capital and largest city in the Czech Republic. Located on the Vltava river, Prague is home to about 1.3 million people.

Prague is a political, cultural, and economic hub of central Europe, with a rich history and Romanesque, Gothic, Renaissance and Baroque architectures.

In 2019, the city was ranked as 69th most livable city in the world by Mercer. In the same year, the PICSA Index ranked the city as 13th most livable city in the world. Its rich history makes it a popular tourist destination and as of 2017, the city receives more than 8.5 million international visitors annually. In 2017, Prague was listed as the fifth most visited European city after London, Paris, Rome, and Istanbul. Prague has numerous landmarks and historical sites, given the rich history of the city.

Prague 9, from an AGORA perspective

The former Odkolek bakery in Vysočany was one of the largest companies of its kind in the country in 1945. 700 employees worked on site. The complex was built in 1835. I t was used for its original purpose until 2001. In 2001, production ceased, and in 2005 the company Odkolek definitely left and sold to a private owner. The site is now owned by METROSTAV  DEVELOPMENT a. s

The area around Krocínka is a quiet location surrounded by greenery. Nearby of the area are parks with recreational use – Jetelka Park and a forest park with a chestnut alley in Nad Klíčovem street.

The two parks are connected by a greenery serving as a bio-corridor for wildlife. The location is very well served by public transport, which provides good connections to the center of Prague and the surrounding area. From the Vysočanská station it is possible to use the metro, tram or bus lines.

Check out some Prague Landmarks

The area of a pilot project Odkolek is situated along a railway. It is oriented east-southwest in the valley. The pilot project – Odkolek is situated in Vysočany which is
in Prague 9 district. Issue: The railway forms a barrier in the territory. It separates the Krocínka area from the UN Square and public transport stops, thus worsening their accessibility. In the past, the railway interrupted the so-called Královská třída, today’s Sokolovská Street, which originally continued on the route of today’s Pod Pekárnami and Nad Klíčovem streets.

The project will have social, economical, infrastructural and cultural impact on local level and economical impact on regional level. Since 2017, the complex has been in the hands of Metrostav Development, which supports the connection of new architecture to the industrial past of the place. Their approach is generally considered very empathetic and progressive in the professional community and is also supported by aMunicipality P9.

Join us and take a walk through the neighborhood with the local AGORA team!

The aim of the revitalization is to use the potential of the area, build on the industrial past of the place and bring life back to the area and open it to the public. Economically – creation of new services , increase of inhabitants in MP9.

The rest of the area is worthless and in a desolate state so Metrostav decided not to keep them. In 2006 the Ministry of Culture added the Odkolek bakery office building to the list of monuments.

Goals: accessibility and making the area a part of Vysočany

Today, the closed area forming a barrier in the area will become part of the Vysočany public space system. The whole territory will be accessible from all sides throughout. A west-east pedestrian connection will be created in the axis of the area, it will also be accessible in the north-south direction, which will enable better walking accessibility of the Krocínka district. The movement of car traffic around the complex will be minimized, and parking for residents will be located in the underground floors of the buildings.

Environmental goal: Creation of 2 new parks and greenery and a green bio-corridor. Another goal is to ensure  preservation of the current character of the area -the historical administrative building from H.Gessner will be preserved including an old chimney.

The Economical goa is to satisfy people’s demand for housing, decrease level of unused dry lands in area in the M9 district, and increase the standard of living

This might come across an odd strategy, but it is one befitting the historicity of the site. Prague 9 and the developer want to continue the industrial tradition of the place and preserve the genius loci in connection with the revitalization of Odkolek area. Fresh bread for the whole town was once baked in Prague 9 district. The Odkolek family, whose tradition is known to this day, was mainly responsible for this. The proposal is now preparing above-standard housing for inhabitants in the area that every citizen of Prague knew.

People can add it to their image. Here they can live exactly the way they want: everyone will find something for themselves in top spaces.

Zdenek Davidek tells us about the project and the process. 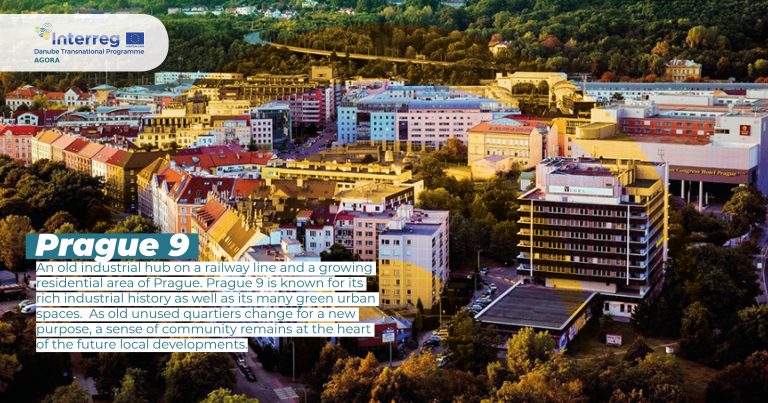 The problems and challenges facing the project 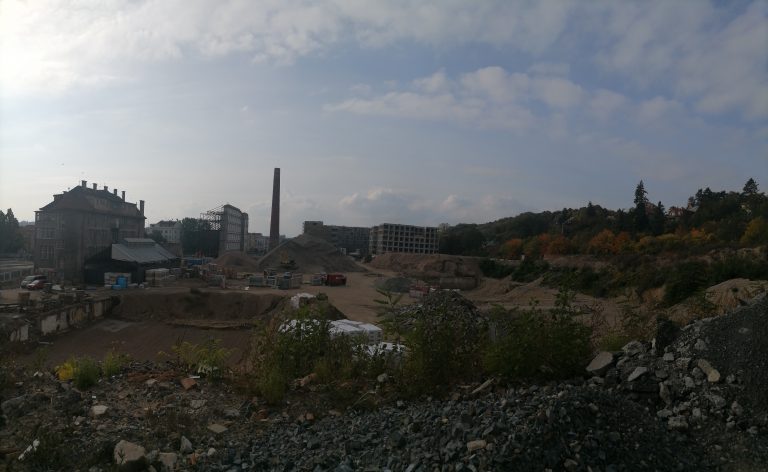 The pilot project itself is facing below challenges:

●  Challenging topography – the height difference between the western and eastern part of the area poses a challenge.

● Local perception: the area is perceived as a dangerous and closed, impassable place

The site is within the Prague 9 district and thanks to above
mentioned reasons in 4.1 the implementation of a revitalization is needed.

They play an essential role in developing the site,  construction work and realization.

The investor and funding provider.

They are involved in the process with feedback and dialogue.

Responsible for the spatial planning.